MTV Upload Of The Week: Lime Cordiale 'What Is Growing Up' | MTV Skip to main content

MTV Upload Of The Week: Lime Cordiale 'What Is Growing Up'

Hailing from Sydney’s Northern Beaches, Lime Cordiale are known for their blend of rock, pop, soul with a carefree attitude. And their sound is as Australian as the video for their single What is Growing Up, complete with sun, surf, sand, and naturally, a six pack.

Lime Cordiale continue to go from strength to strength since brothers Louis and Oli Leimbach formed the band in 2012. They’ve released their debut album 'Permanent Vacation’ to critical success in 2017, toured the festival circuit and most notably, made an appearance at the highly coveted SXSW festival earlier this year.

And just when we thought they couldn’t get any better, Lime Cordiale have announced an exciting mini-festival highlighting local talent. Hosted by comedian Aaron Gocs, The Squeeze, is taking place on the East-Coast this May. Don’t miss out, get your tickets now! 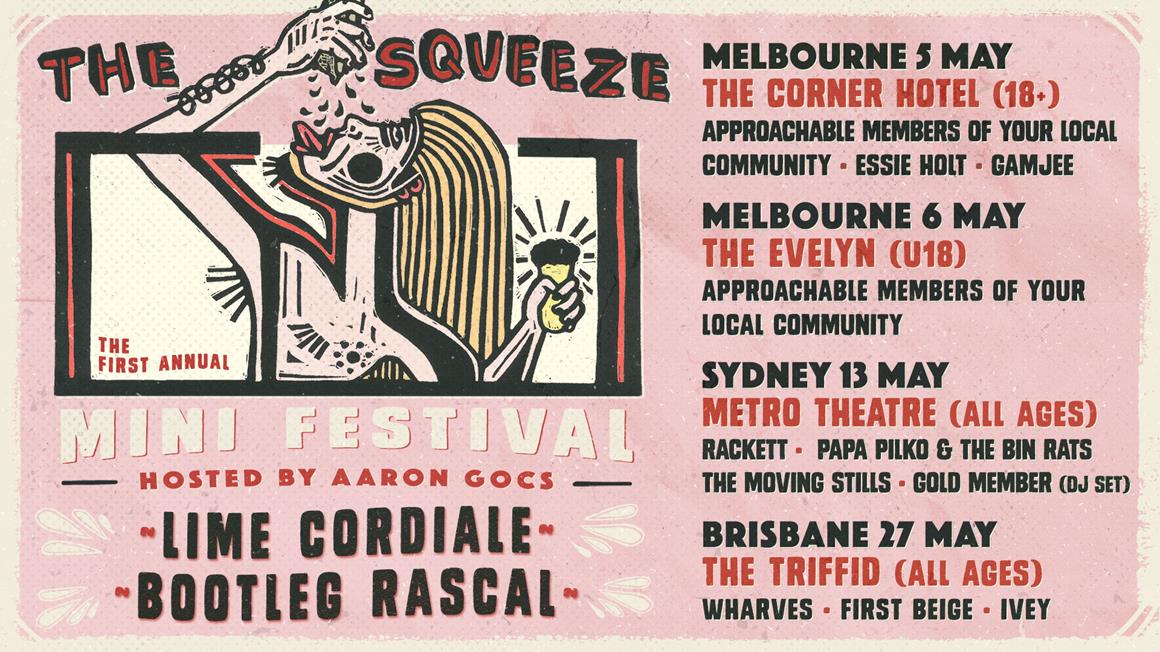 ScoMo Says Caps On International Arrivals Will Continue For Months Yet, Which Sucks For Aussies Stuck Overseas

It's Official: Keke Palmer Is Hosting The 2020 VMAs

'Ghosted: Love Gone Missing' Is Back With A Fully Virtual Season

Are Limited-Capacity Gigs Worth It?

Hanging On By A Thread? Victorians Can Claim 10 Extra Sessions With A Psych From Today

More Tea: Timm Hanly Has Responded To Brittany Hockley's Claims That He Ghosted Her

Khloé Kardashian & Tristan Thompson Are Back Together & 'Beyond Happy'

MTV Upload Of The Week: Saint Lane - Compliment My Shirt

MTV Upload of The Week: Openside - Waiting For Love

ScoMo Says Caps On International Arrivals Will Continue For Months Yet, Which Sucks For Aussies Stuck Overseas

Hit us with some keywords!